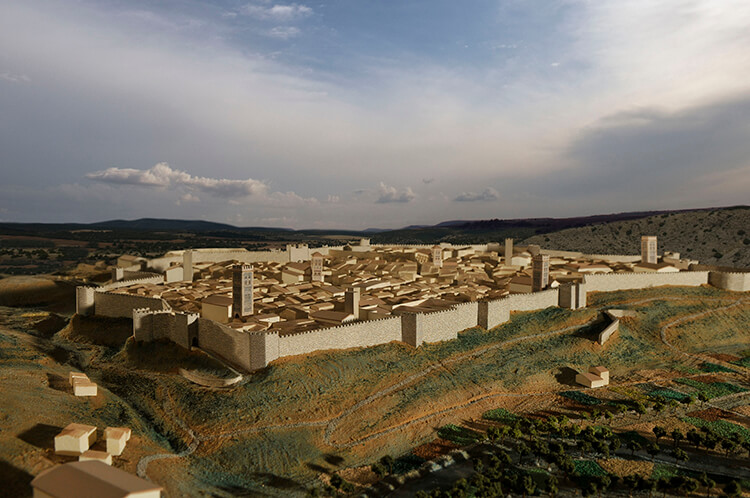 It is believed that El Salvador Tower may have been built during the first quarter of the XIVth century based on the judges' account in the writings known as the Libro Verde de Teruel.

Its more elaborate decoration and details, together with a more evolved structure than that of San Martín Tower, which it imitates, leads us to regard it as the more recent of the two (that is to say, after 1315-1316).

High rising amid the Calle de El Salvador's neighbouring buildings, the tower is positioned connected to the baroque church of El Salvador, whose early structure fell apart in 1677. Within the city walls, El Salvador was placed just a few meters from the Portal of Guadalaviar. 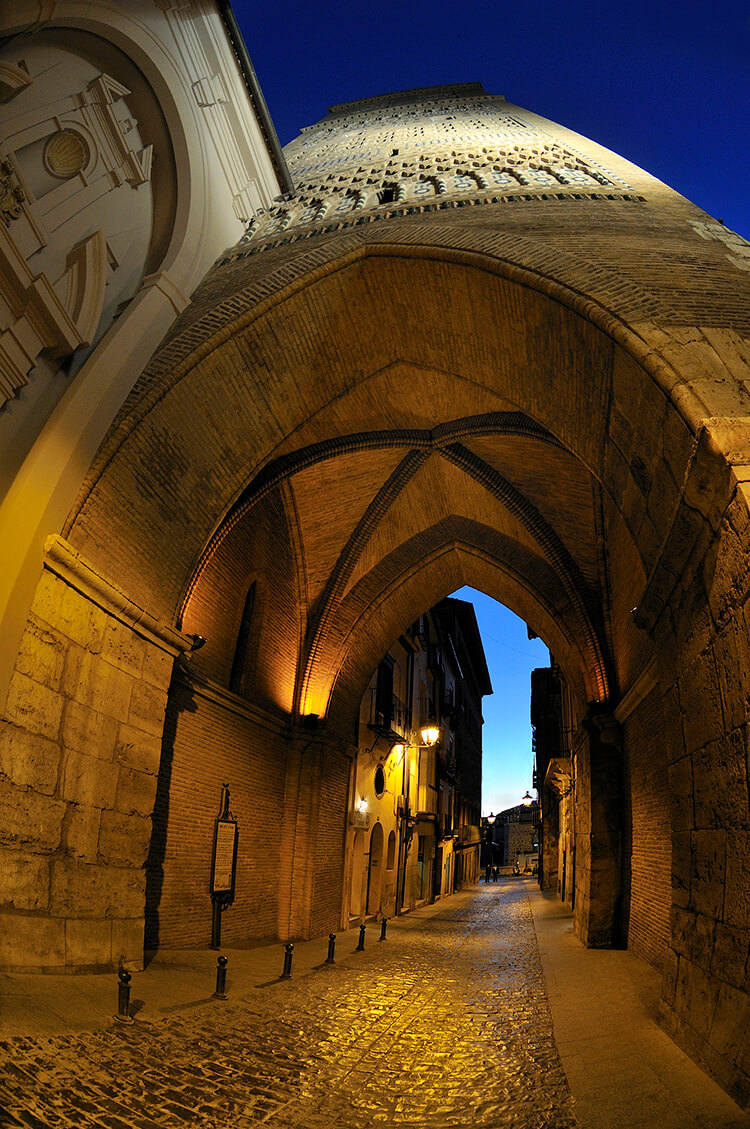 As the towers are church towers, there is no doubt that their primary function is that of a bell tower. Summoning the congregation to liturgical celebrations by means of the bells has often been linked to the more worldly aim of being used as a clock. Both functions have frequently been mixed when various services were to take place at fixed times.

The ringing of bells would draw everybody's attention to all sorts of public events, from the celebration of joyful happenings to funerals, fires or emergency alarms. The towers, in short, have always been related to everyday life.

From time to time, the towers also became watchtowers which would allow the city to be on the look-out for danger or keep watch for an important person or retinue to arrive.

The dominant character of the city upon the valley of Turia River and the hollow ravines around the city is emphasised by the height of the towers, which in previous times would not be put at bay by tall buildings. Let us think that until the 19th century city buildings rarely reached the third storey.

Therefore, the towers would stand out neatly and the view from the top would not be interfered with and they would enable surveillance to a remarkable distance.

In this respect, it should be mentioned that the three highest towers, the last to be built, i.e., San Martín, El Salvador and the late ''Fermosa'' (beautiful) tower, were each placed next to a gate (Daroca, Andaquilla, Guadalaviar and Valencia, respectively), and so would serve the purpose of controlling access into the city.

The two older towers, Santa María de Mediavilla and San Pedro, though not as high, are more centrally located on higher ground and stood as watchtowers from the beginning. Later, they would permit surveillance to the gate of Zaragoza. Both functions as watchtower and clock were ruled by the Fuero, the old code of laws, which specified and determined the ringing of bells from parish church towers were it for vespers or any other use.

The best defining feature of the original four (or five) towers in Teruel, apart from the use of glazed ceramic, is the fact that streets go through their bases. Such a procedure, truly original and hardly paralleled, above all in Spain, seems to be the result of a few factors which range from the lack of land to build as well as social and construction patterns.

In short, the pattern does not exist outside of Teruel, so the originality of the architectural solution is confined to the limits of this city.

It is clear that the gentleness and ornamental profusion of these towers are not to be accounted for only by the need to hold the bells that will call to prayer. Teruel's towers, like so many others, stem from the congregation and city's longing to appear as a unique entity. A certain sense of rivalry and will to excel aroused by popular legends is present in the evolution towards higher, gentler and more profusely decorated structures, a clear instance of an attempt to dwarf any previous building.